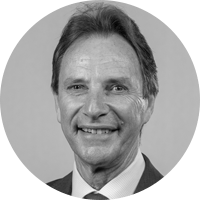 Department of Premier and Cabinet

John has over 35 years experience in cyber security and IT governance within financial services and the public sector. He and his wife Margaret moved to Melbourne from Sydney in 2011 to take on a role in IT risk management with ANZ Bank. He is on the Board of the Melbourne Chapter of ISACA (Information Systems Audit and Control Association), and is a regular guest lecturer on IT Security and Risk Management at a number of universities.

He enjoys sport and has a passion for flying.